You are here: Home / News / Reasons to Move to Ecuador

Reasons to Move to Ecuador

For the last ten years, Ecuador has continued to appear on investors’ and retirees’ lists of where to look next. This small country, situated in the northwestern nook of South America, is the most biologically diverse country in the world. It is home to beautiful beaches, dense jungles, the tortoise-filled Galapagos islands, soaring mountains and fertile valleys.

Neck of the moon. flickr photo by Simon Matzinger shared under a Creative Commons (BY) license

Many say that this country has it all. It has boomed under the most recent president’s, Rafael Correa’s, emphasis on development. Tourism has grown exponentially in the last decade, and the country has changed dramatically to keep up with the influx of people from all over the world. And just why are so many people- investors, retirees, and working professionals from the United States, Canada, and Europe- coming to this country of 15.5 million people? There’s an endless list of reasons. 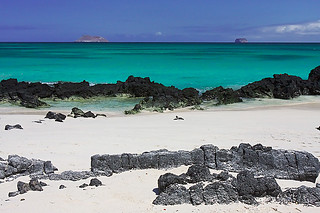 "Bachas Beach" by lightmatter is licensed under CC BY

The country of Ecuador is often split into four regions: the jungle, the Sierra (the Andes mountains), the coast, and Galapagos Islands. Each region has its own climate, ranging from mild-temperate days in the mountains to hot sunny days on the beach, with both dry and tropical climates to offer. Within these regions, one can find everything from world-renowned national parks to mountains, volcanoes and valleys rumored to have life-sustaining water. There are coastal ocean views, white sand beaches, colonial cities and country towns. All of these regions exist within a country roughly the size of Nevada.

Compared to other Latin America countries, Ecuador has incredibly developed infrastructure. The larger cities- Quito, Cuenca, Guayaquil- are equipped with their own skyscrapers and apartment complexes, hospitals and universities, restaurant chains and airports, stadiums and museums, and bus terminals and metro systems. Smaller cities also tend to be well developed; they have markets, grocery stores, restaurants and housing options. The country has become much better connected in the last ten years. 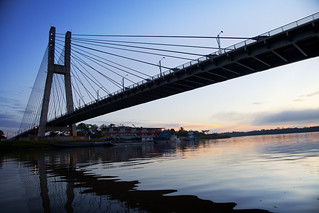 Major highways crisscross the countryside, connecting all cities and regions. There are three major airports in Quito, Guayaquil, and Cuenca, as well as smaller airports located around the country. Travel is easy without owning a car, something that appeals to many expatriates and foreign investors. Large cities in Ecuador also have had a significant increase in police forces, resulting in safer environments throughout the country.

The economy in Ecuador has changed dramatically in some ways and yet, in other ways, it continues to rely upon its abundant natural resources- bananas, coffee, cacao, and petroleum. The tourism industry has boomed, creating more opportunities for investment in the coastal regions and in larger cities like Quito or Cuenca. The country uses the American dollar, making it easy for many expatriates to transition to the new economy. After the large earthquake that struck about a year ago, the country has been rebuilding, focusing on creating new roads, investing in the cities and towns, and assisting growing businesses.

Ecuador has a multi-party political system. Rafael Correa has been the president since 2007. He represents the PAIS Alliance party. His political decisions have brought about the development changes in this country. He is a democratic socialist and has instigated many tenets of socialism. This February 2017, Ecuadorians will elect a new president and possibly a new party. There are sure to be changes on the horizon, but nobody is quite sure what form they will take yet. However, one thing that has been constant in Ecuador for a while is the relative political stability compared to other Latin American countries. 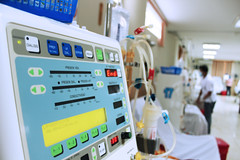 Over the last ten years, the health care institutions have developed at an incredible rate. Ecuador has become one of the leading countries for medical tourism due to its high quality doctors, low prices, and comprehensive insurance plans. Public and private insurance is available. Most of the doctors have trained in other countries, like the United States or Argentina, and returned to run their own clinics in Ecuador. To show just how wide the gap in health care costs is, estimates say that Americans would spend nearly 96% less money on health care if living in Ecuador rather than living in the United States.[1]

Ecuadorians are a hardworking, friendly, and family-oriented people. As it is with any country, the mentality of the people changes depending on the environment. More religious and traditional cities like Loja, Cuenca, and Quito are located in the mountains while the cities along the coast tend to be more easygoing and relaxed. Latino culture is obviously present, as is a large presence of indigenous communities and traditions. The colonial influence of Spain is definitely seen in the architecture and lifestyles in larger cities. Education, including universities, is free. Many Ecuadorians have traveled to North America as well as other Latin American countries and are open and welcoming to foreigners in their country.

"Otavalo, Ecuador" by Rinaldo W. is licensed under CC BY

For such a small country, Ecuador has a seemingly endless amount to offer. The diversity of land, the comforts of development, the presence of tradition, and the forward-looking mentality all contribute to why so many people are looking here to live or to invest.

Check out properties in all of Ecuador 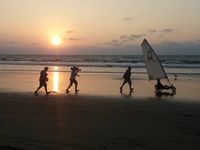